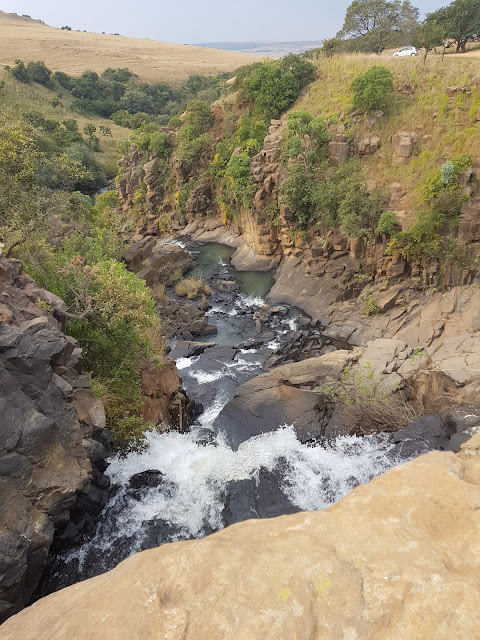 “The hills and valleys of Natal are the face of a beautiful woman, destined to watch the deaths of many of her suitors. In her smile is a compassionate understanding of the enigma of man’s inhumanity to his fellow creatures in a land large and rich enough to sustain them all. -Reader’s Digest Illustrated Guide to Southern Africa, page 334 “The Blood-Stained Eden” Ncandu Falls, close to Newcastle Our first month on our 12 month long roadtrip has passed by so quickly. So many things have happened and we have experienced so many different things ...so therefore I have the need to record some thoughts. Our roadtrip through South Africa is one heck of a task, firstly because this country of ours is so vast and beautiful. Kwazulu Natal is proving to be a great place to start, but I fear we are struggling to move on to our next circle. Instead of spending one month per circle, we will now be spending the second month in the same circle.However in the second month, we have
Plaas 'n opmerking
Lees meer

On the road to Isandlwana 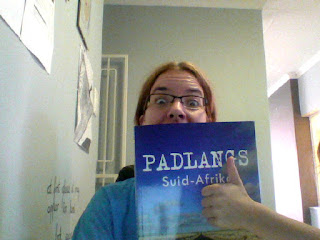 The Anglo-Zulu wars are not something I knew of before, or learnt about at school for that matter. We learnt mainly about the Great Trek of the Voortrekkers and a little about the Anglo-Boer war. I have read that our minister of education is planning to include more African history in our school curriculum and I think that it will be a good thing, unless the pendulum is just swinging all the way to the other extreme by not including the history of all the peoples in South Africa (Afrikaner, English, Zulu, San, Xhosa... so many to mention!) So on our way down to the coast, we decided to follow a route in this book of ours: The Anglo-Zulu Battlefields route. In the book it consists of 3 days, but we only managed to do the first day. Our first stop was the battlefield of Isandlwana. The battlefield at Isandlwana - the white rocks are strewn far and wide around this hill and mark the places where the British fell. Apparently the British gave the Zul
Plaas 'n opmerking
Lees meer
Meer plasings